Elections for Virginia’s House of Delegates will stay on their normal schedule, without a special makeup vote this year.  In a ruling June 6, a panel of federal judges turned down Richmond Democrat Paul Goldman’s lawsuit seeking an early vote.  They said he had no standing to demand a 2022 election instead of the normal one in 2023.  The General Assembly — House and Senate — was redistricted after the delayed 2020 Census, but census data was so late that members were elected last November in the old districts. 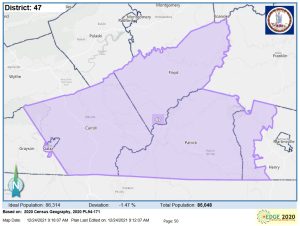