There are 6 Floyd Counties in the US: Georgia, Indiana, Iowa, Kentucky, Texas, and Virginia - that is why we are the FloydVADems.

Floyd County Democrats are committed to an open dialogue with all Democrats, liberals, and progressives. We're proud to represent the Democratic voters, and will work hard to protect the interests of all Floyd County residents. We stand by our commitment to be the change our community needs for everyone to enjoy the same opportunities, without prejudice. We encourage earnest and viable Democratic candidates in their pursuit of elected office, and will project a strong and diverse united organization that reflects the initiatives of our elected Democrats. For more information sign up for our regular newsletter, click here. 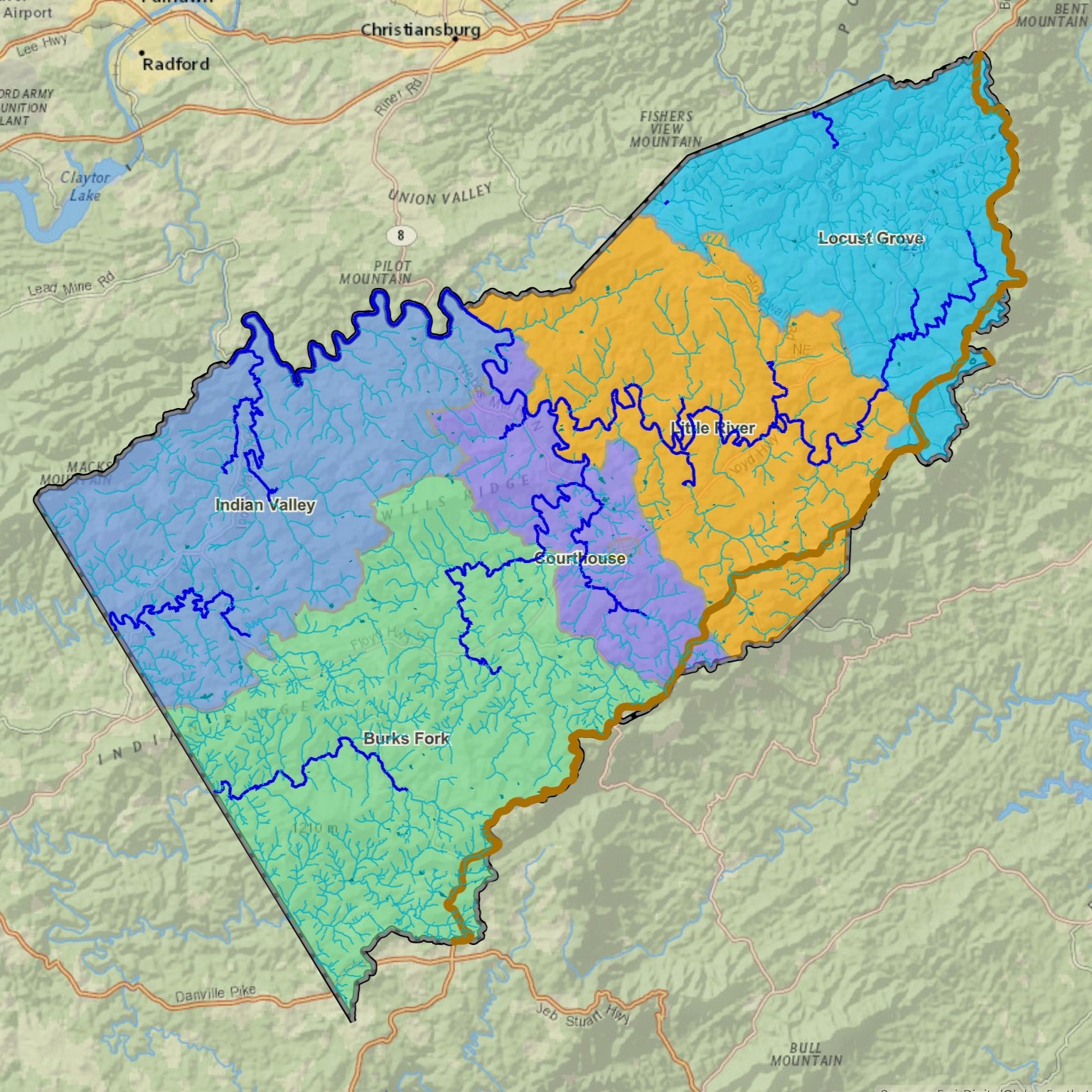 Prior to the first settlements of Europeans in the 1740’s, the area was part of the hunting grounds of various eastern Native American tribes. Trade was established with the Cherokee Indians as early as 1700. Most of the early European settlers were Scotch-Irish, German, or English. Many had traveled southwest on the “Old Buffalo Trail” or “Great Road” through the Valley of Virginia from Pennsylvania in search of farmland. A significant number of settlers also came north from North Carolina to settle in the upper New River Valley.

Floyd County was formed on January 15, 1831, from the southern section of Montgomery County. In 1871, a section of Franklin County was added. The county was named for John Floyd, who served as Governor of Virginia from 1830 to 1834. The town of Floyd was first called Jacksonville, in honor of Andrew Jackson. Jacksonville became the county seat at the time Floyd County was formed. On January 23, 1896, the General Assembly passed an act officially changing the name of the town of Jacksonville to Floyd. More in depth history: Floyd County, VA History (PDF).